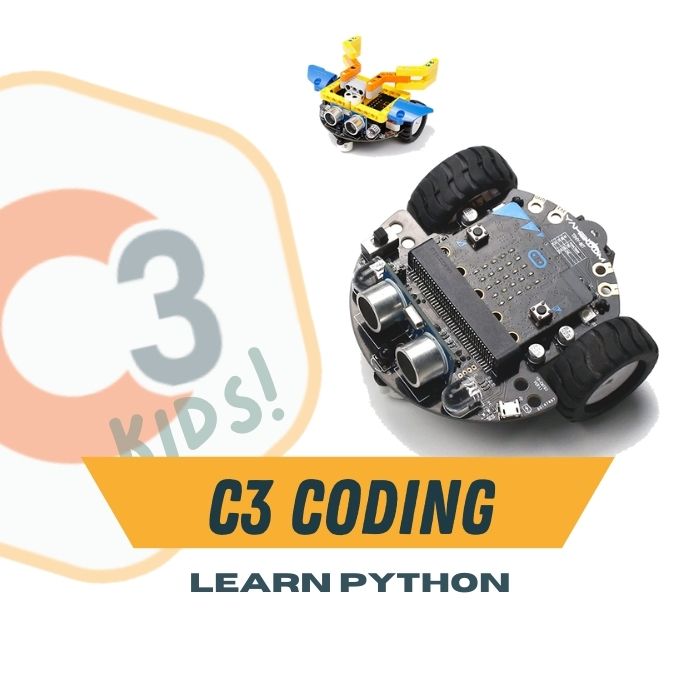 *Get $150 off By using Promo code: EHL_Sponsored

During this Scratch Coding Lab, you will learn how to create games, animations, and digital stories using a fun and easy platform, Scratch. Designed for kids ages 8 to 16, Scratch is suited for beginners to advanced coders. Let’s explore so you can do more.

Ever wondered how you can recreate the many structures you see in real life. Join us for Minecraft Builder 101 where we will explore, create, and build within Minecraft.  Learn all the steps you need to become a master Minecraft builder.  With your imagination and the skills you gain in the Tech Labs, you’ll be able to create your own massive structures.

Explore the deep underground of Minecraft and dig for redstone, create power and more.  Have a fantastic time while solving problems and learning special techniques. Students will work within Minecraft™ to design, build, and get to be creative while using Redstone to create special effects.

Students will design a website based on an area of interest. We will start by exploring their concept, selecting a theme and layout for their site. Storyboarding and wireframing will be essential.  Then the actual content and graphics will create the foundation of the website.   Once the site has been established, students will learn how to edit text using HTML.

With so many influencers on YouTube, there is a chance your child is already exploring or even experimented with creating his/her own videos.  In this Tech Lab, your child will learn the proper skills to successfully create their own videos.  From unboxing to travel vlogs, product reviews, how-to videos, video game walkthroughs and more.

While in school there will be plenty of opportunities to showcase your new Canva skills.  From developing presentations to flyers, videos with sounds and more.  Canva is used to create designs for business cards, products e.g. t-shirts, cups, and so much more.  Being able to take an idea and bring it to life for digital marketing will help you stand out from the rest.  In this Tech Lab, students will learn how to leverage the many features within Canva to make unique digital creations.

Ever wondered how you can recreate the many structures you see in real life. Join us for Minecraft Builder 101 where we will explore, create, and build within Minecraft.  Learn all the steps you need to become a master Minecraft builder.  With your imagination and the skills you gain in the Tech Labs, you’ll be able to create your own massive structures.

What will we be doing?

*Get $150 off By using Promo code: EHL_Sponsored

With your membership to the C3 Kids’ Tech Lab, you will be able to participate in our virtual gaming tournaments, view gaming review videos, and get member-only discounts on all Tech Labs. 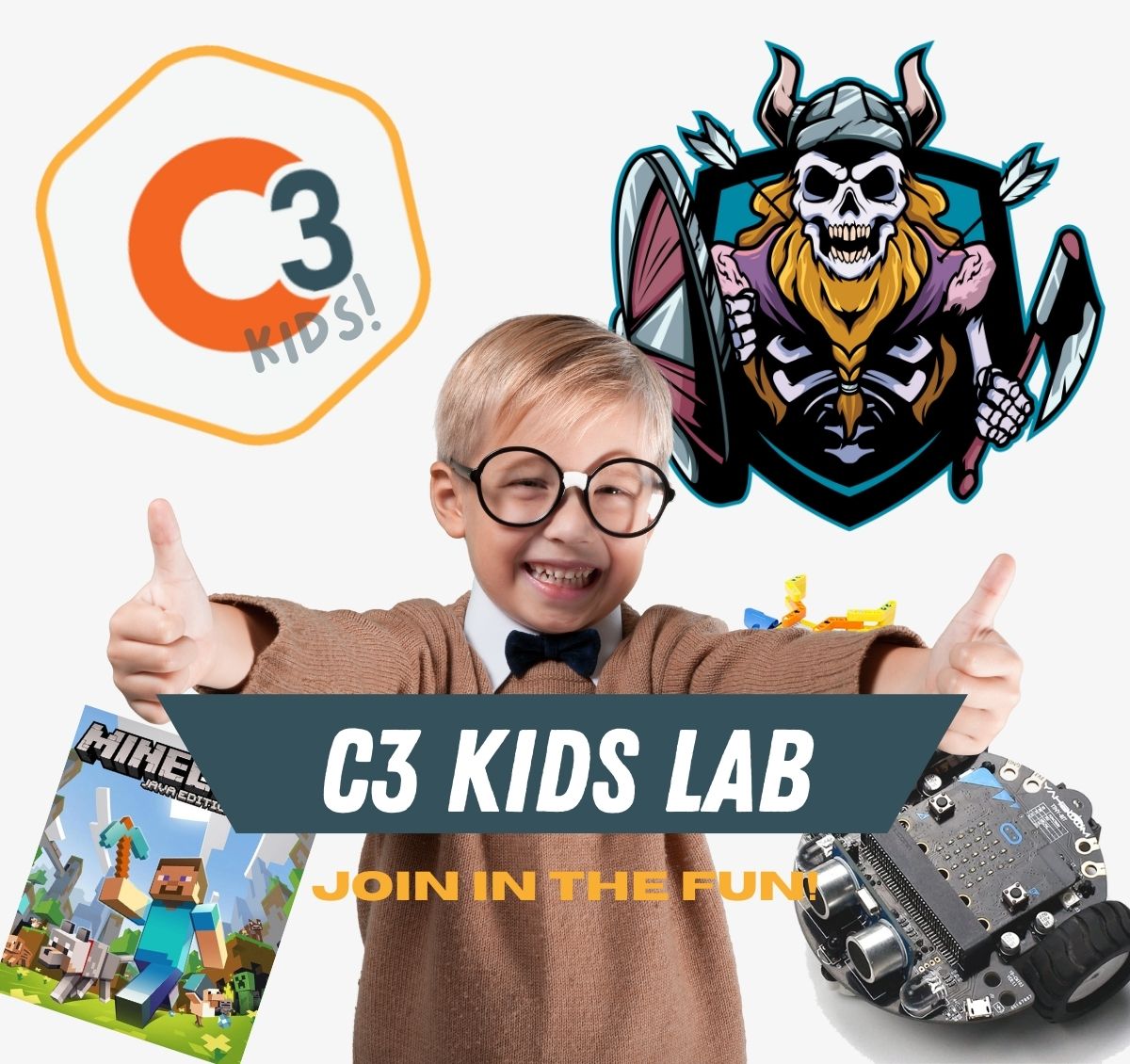 With your membership to the C3 Kids’ Tech Lab, you will be able to participate in our virtual gaming tournaments, view gaming review videos, and get member-only discounts on all Tech Labs.

Answer to all of the most common questions can be found here. If there are any further questions simply send us a message.

How do I get a refund?

Will my child need special equipment to participate in the games?

Your child will need to bring their own laptop to participate in the WAN parties. They will also, need a Steam account as well to gain access to the games that we give access to.

What types of games will be played? Is it based on age or skill level?

The game library includes:
Minecraft
Roblox
Brawhalla,
and many others

Each game is chosen to be educational and fun, a very thin and complicated line that is constantly updated to ensure we are not allowing for violent games but instead allowing for a community-based level for fun and education. The age level for each game will always be based on the “E” for everyone rating.

What is a LAN and WAN party?

LAN, which stands for local area network, and WAN, which stands for wide area network, are two types of networks that allow for interconnectivity between computers. As the naming conventions suggest, LANs are for smaller, more localized networking — in a home, business, school, etc. — while WANs cover larger areas, such as cities, and even allow computers in different nations to connect. LANs are typically faster and more secure than WANs, but WANs enable more widespread connectivity. And while LANs tend to be owned, controlled, and managed in-house by the organization where they are deployed, WANs typically require two or more of their constituent LANs to be connected over the public Internet or via a private connection established by a third-party telecommunications provider.

What is included in C3 Kids Membership?

Your C3 Kids membership provides your child unlimited access to all the virtual fun and games they can handle. With this membership, you will be able to participate in LAN and WAN parties, online gaming tournaments, and view gaming review videos, all while enjoying it from the comfort of your home and for a nominal fee of $20/month.

What else do I get?

As a member, your child gets discounted rates for all the digital workshops and events that we carry. You also get early access to upcoming events before the public.

What are the advantages of joining the C3 Kids membership? What else do I get?

As a member, your child gets discounted rates for all upcoming virtual tech labs, workshops and gaming events they may be interested in. You also get early access to upcoming events so you may secure a spot for your child before it is offered to the public.

What happens if the other kids within the community and my child don't get along?

Our goal is to create a safe, fun, and friendly environment for peers to learn to collaborate with each other and build comradery.  If we see an issue, we will immediately address it and parents will be informed.

Are there any age restrictions for the membership?

Our goal is to assist kids that are transitioning into middle school or high school builds their skillset and community therefore we are confident in having kids ages 9-15 participate in the membership.

We use cookies on our website to give you the most relevant experience by remembering your preferences and repeat visits. By clicking “Accept All”, you consent to the use of ALL the cookies. However, you may visit "Cookie Settings" to provide a controlled consent.
Cookie SettingsAccept All
Manage consent

This website uses cookies to improve your experience while you navigate through the website. Out of these, the cookies that are categorized as necessary are stored on your browser as they are essential for the working of basic functionalities of the website. We also use third-party cookies that help us analyze and understand how you use this website. These cookies will be stored in your browser only with your consent. You also have the option to opt-out of these cookies. But opting out of some of these cookies may affect your browsing experience.
Necessary Always Enabled
Necessary cookies are absolutely essential for the website to function properly. These cookies ensure basic functionalities and security features of the website, anonymously.
Functional
Functional cookies help to perform certain functionalities like sharing the content of the website on social media platforms, collect feedbacks, and other third-party features.
Performance
Performance cookies are used to understand and analyze the key performance indexes of the website which helps in delivering a better user experience for the visitors.
Analytics
Analytical cookies are used to understand how visitors interact with the website. These cookies help provide information on metrics the number of visitors, bounce rate, traffic source, etc.
Advertisement
Advertisement cookies are used to provide visitors with relevant ads and marketing campaigns. These cookies track visitors across websites and collect information to provide customized ads.
Others
Other uncategorized cookies are those that are being analyzed and have not been classified into a category as yet.
SAVE & ACCEPT
Save big and get HoneyBook for just $1 a month for 6 months with code: ONLY1 Start Free Trial
Secured By miniOrange